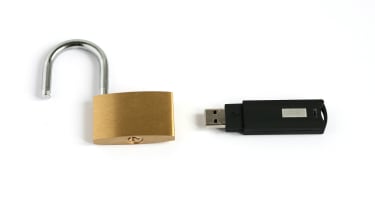 The Greater Manchester Police force is investigating the discovery of one of its own USB drives in a street in Stalybridge.

A businessman handed in the drive to the Daily Star on Sunday after he picked it up from the pavement outside Stalybridge police station. The casing was stamped with the initials of the Greater Manchester Police Public Order Training Unit and held 2,000 pages of confidential information.

The files were published by the National Police Improvement Agency as a guide for counter-terrorism and tactical deployment. Sections covered strategies for acid and petrol bomb attacks, blast control training and the use of batons and shields. In the hands of terrorists, this would have been valuable information enabling them to anticipate how the police would react to their activities.

There data also gave the names of key police officers, their ranks and divisions, stated the finder after he had examined the disk on his laptop.

"We are currently looking into who this device belongs to, what information is contained on it and the circumstances surrounding its loss. As such it would be inappropriate to comment further at this time," Superintendent Bryan Lawton of GMP's Specialist Operations Branch told the Daily Star on Sunday,

The discovery follows a report from the Liberal Democrats at the end of last month following a request for information to the Scottish Parliament. This revealed that Strathclyde Police had lost a USB stick containing details of current investigations. It also disclosed the sad record of the loss of a memory stick, four PDA memory cards and a laptop over three years by the Lothian and Borders Police.