Is Dragon Naturally Speaking 11 Premium the best version yet of the popular speech recognition software? Read our review to find out if it really is an alternative to bashing away at a keyboard. 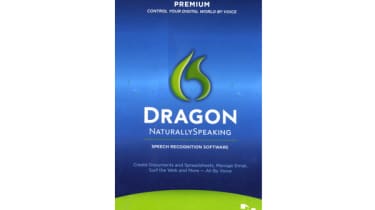 Speech recognition software can be a godsend for sufferers of repetitive strain injury, the disabled as well as for people who just aren't very good at typing. Nuance's Dragon Naturally Speaking is the most well-known and most popular speech-to-text program and it has a long history.

It's fair to say that only in recent years have computer processors become powerful enough to enable it to deliver on its potential. This has certainly been the experience of this writer's regular work with a number of previous Naturally Speaking versions going back several years.

Nuance claims Dragon Naturally Speaking 11 Premium has a 15 percent improvement in accuracy over the previous version. That's a bold and slightly perplexing claim since version 10 appeared (about a year ago) with a 99 percent accuracy claim.

There are other claimed improvements, too. Naturally Speaking 11 Premium is supposedly more accurate from the very start, requiring less training and delivering greater productivity in those all-important early stages of use. We installed it on a laptop with a fresh install of Windows in order to test this, and have to say we were impressed.

The software needs some basic information before you start working with it. It needs to know what region of the world you live in and any accent you might speak with, as well as your age bracket. This basic data gives it a few pointers to help it understand your voice. As part of the short induction process, you have to read out a few sample sentences to further train the software to your voice.

You also need to calbrate your headset during setup. Naturally Speaking 11 Premium is available bundled with a wired headset. It's a fairly low end but perfectly acceptable over-the-head, adjustable headset with a hinged microphone. It's the headset we used to test the software with. It's perfectly serviceable, but you should be able to use any existing headsets that you may already have. Nuance maintains a non-comprehensive list of headsets it has tested for compatibility.

The setup process takes under a quarter of an hour. With that completed, you can let the software scan your My Documents folder so it can analyse your writing style and also pick up commonly typed bits of information such as the email addresses you use, to help it improve the accuracy of its speech recognition. How long that takes will vary depending on in the size of your My Documents folder. If, like us, you have a lot of content in that folder produced by other people, it might be worth skipping that part of the process as we did.

Accuracy was surprisingly good, and we really like the way you can make corrections. Simply saying correct' and what has been incorrectly transcribed, or saying correct that' calls up a menu from which you can choose the words to be corrected, spelling out the correct words, convert lower case text into capital letters, or simply type over the incorrectly transcribed text to teach the program what it should have done.

There are plenty of other voice commands you can use too. These go beyond mere dictation and aren't available in the cheaper Home edition of the software. They show how Naturally Speaking 11 Premium interacts with a range of applications. Saying Search the web for IT Pro' will open your browser and complete that task. Saying Search email for Dragon Naturally Speaking 11 Premium review' will do precisely what you'd expect.

You can control applications and windows with commands like start Firefox', minimise window', switch to next window', and show desktop'. You can manage the mouse too, either by saying commands such as move mouse up', move mouse left', mouse click', drag mouse down fast', and mouse double click' or by using a grid system which turns the whole screen or a window into a 3 x 3 grid and homes in on numbered squares till the mouse is precisely where you want it to be. It sounds a little clunky, but is surprisingly effective.

Some of these application control voice commands are outlined on a quick reference card. This is very, very handy for newcomers to the software as it lays out the main commands you are most likely to use. There are many more commands and these can be learnt by referring to the on-screen side bar.

This could be a great boon if it were able to offer detailed context sensitive help accurately aligned with what you want to achieve. However, it just displays a long list of headings under which some, but not all, relevant speakable commands are listed. To see the entire lot you need to click on the heading and this opens up a more conventional help menu. This two stage process to get into detailed help is a little clunky and not as useful as it could be.

We tested Dragon Naturally Speaking 11 Premium but there are several different packaging options available, as well as alternate editions (all prices below are ex VAT).

Dragon Naturally Speaking 11 Premium is available as a boxed copy with a headset that costs 128. The software is available as a download without the headset, but at the same price which is disappointingly poor value. If you spend an extra 50, you can also get either a dictahone or a wireless Plantronics Bluetooth headset. A Legal version is available in the US which can recognise vocabulary specific to that profession, but there's no UK equivalent which is a shame.

The Home edition, which only has dictation capabilities, is available boxed with a headset or as a download for 68. The Professional edition is a version designed for enterprise deployment across a network with pricing dependent on the number of required licenses. It is worth noting, though, that multiple users sharing the same computer can also share the Premium version as it can cope with more than one voice profile.

Overall, we were impressed with Dragon Naturally Speaking 11 Premium. It is definitely the best version of the software we have seen yet due to its good out-of-the-box accuracy and its straightforward configuration. Nuance needs to perfect a more accessible help system for users who want to discover the more complex application control voice commands, though.

Dragon Naturally Speaking 11 Premium has better speech recognition accuracy than its predecessor, version 10. Nuance has improved user access to verbal commands in this new version, but there's still a lot of room for even more improvement. Overall however, Dragon Naturally Speaking 11 Premium is a great speech dictation and voice command program.