What is quantum security, what are the real world implications for the enterprise and is it really unbreakable? Davey Winder has been investigating... 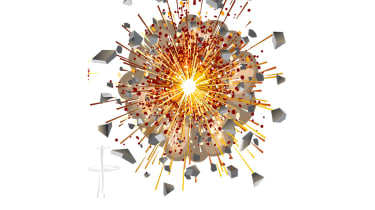 Chris King, director of product marketing at Palo Alto Networks, sums it up when he states "there is no such thing as an unbreakable system" and while the encryption of data in transit may be theoretically unbreakable, when the system uses applications to store and transmit data weakness is introduced and can be exploited.

"At the end of the day, it interfaces with humans easily the weakest link in the system" King points out. Rolf von Roessing, international vice president of ISACA, insists that "unbreakable is relative" and while the mechanism of quantum crypto will likely be difficult to break the end points are still vulnerable so "traditional forms of attack such as sniffing, phishing and social engineering are still available" not to mention those researchers who warn that an imperfect implementation can open up new avenues of compromise.

Too late, we've mentioned it and, sadly, researchers have exploited it already. Such is the nature of the quantum physics world.