The deputy CIO has promoted the cause of using open source in Government IT, but he needs more proof of cost savings before he gets the thumbs up from the Treasury. 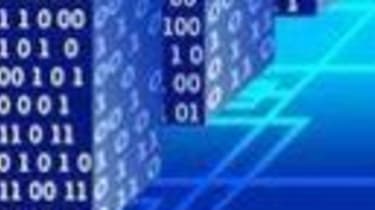 Open Source has the full support of one member of the Government's IT management, but he has asked for more business cases to show how it can save the Coalition cash.

Bill McCluggage, deputy chief information officer (CIO) for the Government, used his keynote at today's 360 IT event at Earls Court to outline future plans for Government IT, and one of his first ports of call was open source.

"We do operate in an environment where open source is used but it is only a minority," he claimed, admitting our European counterparts were more advanced when it comes to adoption.

"Our view there is... we can go heavily into specifying open standards... opening the way for open source to get in."

Throughout his speech, McCluggage admitted his department were still deep in talks with the Treasury before the final budget is announced in late October and he needed to see more business cases to prove open source could save the Government the all important spend whilst the Coalition pushes to solve the budget deficit.

"I have not seen a business case that has articulated open source being cheaper than proprietary," he said. "I have been out, championing with a whole series of organisations, please will you give us some commercial cases here of why this is better and there are very few."

In a plea to the audience of both private and public sector IT specialists, McCluggage concluded: "Follow the money, follow the numbers... if you have some case studies send me them on email, Twitter, whatever. We are avidly looking for these... and championing them out of the public sector."