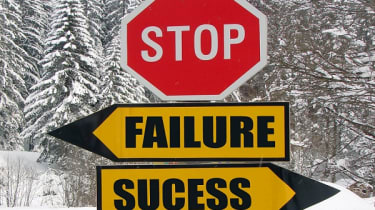 So what is causing so much unrest?

Nokia's user interface has remained pretty constant since the introduction of S60 third edition and it's time for a refresh after the launch of the iPhone and Android, even with the Symbian^3 OS.

Other operating systems are shooting ahead in terms of design and usability, while Nokia's changes have come pretty slowly.

However, things could be changing with Nokia's new Symbian^3 OS, to be followed by Symbian^4 and MeeGo in 2011.

Symbian^3 was first announced at Mobile World Congress in 2010, along with MeeGo, and is the first fully open source version of the Symbian OS.

Nokia has been using the Symbian platform since 2001 when the Nokia 9210 Communicator was launched, based on Symbian OS 6.0.

Sybain^3 introduces a tweaked UI and a refreshed set of features including multiple home screens, multitouch, TV out (using HDMI), full multitasking, and a speed boost thanks to the graphics engine.

However, all of these features are already available on newer operating systems including Android, Symbian's biggest threat in the smartphone world, and have been for some two years.

The UI of Nokia Symbian^3 phones is a little too similar to previous Nokia Symbian devices, although Nokia decided to do this in order to make it feel familiar to existing users.

Nokia is expecting a lot from Symbian^3 though. In fact, Niklas Savander, executive vice president of markets at the company told the audience at Nokia World 2010's keynote that the company expects to ship 50 million Symbian^3 devices, adding it was a "very conservative prediction" too.