Will there be a Nokia Windows Phone 7 deal?

Reports are claiming Nokia has put in a call to Microsoft for future handsets. 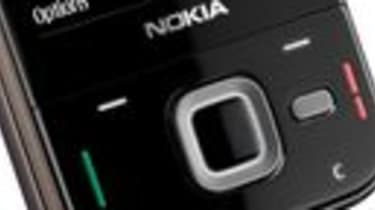 Nokia could be the latest convert to the Windows Phone 7 support camp according to a report claiming new chief executive (CEO) Stephen Elop could be considering such a move.

According to website VentureBeat, a trusted source revealed the possible move, adding Elop had been given carte blanche to change company strategy as he saw fit.

Nokia recently recruited Elop from Microsoft and at his first presentation at the Nokia World show he impersonated his old boss Steve Ballmer, Microsoft CEO, in an appeal to show how much developers meant to him.

It was natural a new head with Microsoft credentials should be the cause of Windows Phone 7 rumours but Nokia's strategy in the past has appeared somewhat haphazard.

In a statement sent to our sister publication, PC PRO, Nokia denied it was considering Windows Phone 7.

"Our platforms are Series 40 [the OS used on basic mobiles], Symbian and MeeGo," it said. "That stance was reinforced strongly by our management during Nokia World and we currently have no plans to use other operating systems."

Windows Phone 7 is attracting support with Samsung, HTC, LG, Asus and Dell announcing new phones in the pipeline. Just this week, pictures purporting to be an HTC model appeared on the web.

Carriers in the UK have also been named by Microsoft. Orange, O2, T-Mobile, 3 and Vodafone are all expected to confirm this in the next few weeks when Windows Phone 7 is released next month.

Nokia is still the world-leading phone manufacturer, according to Gartner, but Android-based phones are rising fast. In the light of delays in releasing the N8 smartphone, its next flagship device, how far will Nokia go to boost sales?