We look back at some of Google's highs and lows over the 12 years since its inception. 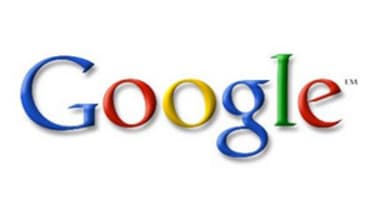 Google is 12 years old today and, looking back, it is quite staggering what the company has managed to achieve over such a relatively short space of time.

From its humble beginnings as the project of two Stanford students to its progression into one of the biggest companies in the world, it has been an amazing journey for the search giant.

It hasn't been all smooth sailing, however, and the company has had dark times as well, some of which will no doubt be chronicled in a Google film announced recently.

In celebration of the company's 12th year, we've put together 12 of the most significant moments in Google's history to date.

Co-creators Larry Page and Sergey Brin met at Stanford in 1995, but it was not until September 1998, after depositing a cheque from Sun Microsystems co-founder Andy Bechtolsheim, that Google filed for incorporation in California.

The company also hired its first employee in that month. Despite the excitement at the company, it was still being run from a garage. It would not be until February 1999 that Google would move to official offices in Palo Alto.

The AdWords service was introduced with 350 customers in December 2000, offering a self-service ad system capable of delivering online activation with a credit card, keyword targeting and performance feedback.

The introduction of this service would give Google the funds it needed to invest in some serious research and development to produce future technologies.

On 6 August 2001, Google announced the appointment of Eric Schmidt as chief executive (CEO). Shmidt, who was already on the company's board of directors at the time, had previously been CEO at Novell and corporate executive officer at Sun.

Schmidt would also go on to become a member of Apple's board of directors, although he would leave by mutual consent as it became clear Google and Apple would be competing in many of the same areas.

Inspired by a Google user complaining about poor email services, as well as the fact that email was a more popular activity than search, Gmail was introduced to the world on April Fool's Day 2004.

After more than six years, it is still behind Outlook, Hotmail and Yahoo in terms of user base. It remains to be seen whether recent additions, such as the ability to drag and drop attachments and a prioritisation feature, will help it move up the tables.

Google Earth, surely one of the company's most significant successes, was launched back in June 2005. It brought together satellite imagery and search technology into a single product.

Earlier this year, Google added the capability to view maps in 3D, claiming it could help people understand gradients or plan a holiday better.