Telcos must change reputation to succeed in cloud computing space

Telecos may be perfectly placed to offer cloud services but they need to get the respect of IT managers before they become customers. 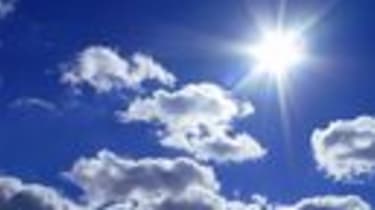 Most technology conferences in 2010 end up with a conversation about cloud computing and NetEvents 2010 in Istanbul has turned out to be no different.

During a panel discussion concluding the first day, the position of telcos to provide cloud computing offerings was debated and it was widely agreed to be strong.

However, one analyst claimed the sector needed to work on its relationship with the IT industry before it could be taken seriously.

Peter Hall, principal analyst at Ovum, began by singing the praises of Telcos had to offer the cloud market. He said: "I think it is fair to say that the Telcos have to earn their right to be successful in this area but they have a lot of things that will help them with that success."

"Most of them have been doing global hosting on behalf of enterprise for many years... but I think one of the great advantages Telcos have is that they are pretty good at delivering managed services [as] they have been doing it for a long time."

Hall added: "The other great advantage that the Telcos have is because they own the network, they can offer end to end SLAs (Service level Agreements). [They] can offer a single point of contact, a single SLA, not just covering the cloud platform but covering the entire surface which I think enterprises increasingly need as we go forwards."

However, research by his analyst firm made clear the path to cloud provider would not be an easy one.

"We asked them, what would be your preference in terms of a cloud provider... and Telcos were way down [the rankings]."

He concluded by saying that when you look at the "fundamentals" of cloud computing, telcos "should be able to crack this" and butterfly into successful cloud providers for the enterprise market.