Unified Communications is a 'moving target'

The concept may have been around for years, but UC still hasn't achieved widespread adoption thanks to an ever-changing market, according to analysts. 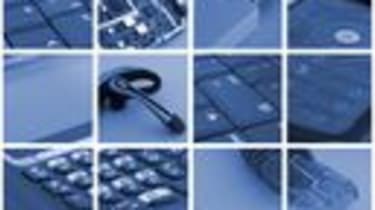 Some enterprises have got behind Unified Communications (UC) but adoption has been slow thanks to a changing market place and a lack of proof when it comes to return on investment (ROI).

This was the view of analysts during a debate panel discussing UC at NetEvents 2010 in Istanbul.

Jeremiah Caron, vice president of analysis at Current Analysis, said: "UC... is not a new concept and despite billions of euros, dollars, pounds, yen of investment on the part of many different types of suppliers... we are still very much in the early adopter stage."

In addition to the issue of complexity, he claimed there wasn't enough examples showing positive ROI and UC had moved from being a product to being an "integration exercise."

"What is lacking so far is coherent solutions that work well together no matter what supplier you are working with," added Caron.

"It is up to the suppliers... to make it so the IT buyers can select whomever to be the lead and it is up too them to make it all work together."

Peter Hall, principal analyst at Ovum, agreed with Caron, and said: "[UC] is a vision that can never be attained because the whole of the communications and collaboration space is still evolving."

With the likes of social networking, video transcription and other new tools, he claimed the "whole thing is a continual moving target" and added: "The link between deploying some of these capabilities and ROI needs to be clearer."

Hall also added into the argument the need for ease of use, from the point of implementing the system through to user experience.

"Companies are picking up points from the goody bag [just video, just voice etc] but what we are not seeing is people really embracing the whole concept of UC," he said.

"The reason we are not seeing that is it is hard to do... but, more important than that, it is ease of use. That is one of the most important factors that we need [to address] before we see widespread deployment of what we call UC today."

Hall suggested new players needed to come into the market to improve the user interface (UI) perhaps even the likes of Apple, as he claimed current players such as software giant Microsoft were not achieving what was needed when it comes to usability.

"To exploit [UC] and get the productivity out of it people have to use it [and] understand it," he added.

"It really has to be second nature and we really need to design it [so] people coming out of school or university now can use it [straight away]."