There may still be nervousness around the public cloud computing model but a tester of the technology believes the cost savings will soon put those fears to bed. 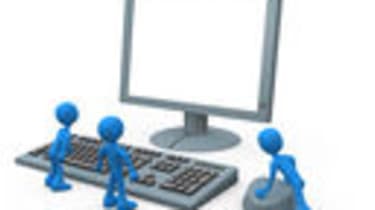 The debate rages on as to whether public cloud computing will ever be a suitable and safe option for enterprises, but one industry insider has claimed it will be the route forward for most small and medium-sized businesses (SMBs).

David Hill, vice president of sales for Spirent Communications, in Europe, the Middle East and Africa (EMEA), admitted there was fear around putting company information out into the cloud, but the cost savings would entice SMBs to at least investigate the technology.

"I think some of the small medium enterprises, in fact most of them, will end up in the public cloud as time goes on [and] it is all [about] economics again," he said during an interview with IT PRO at NetEvents 2010.

Hill claimed IT was "not the core" of most SMB business plans so it was just a task that needed to be ticked off.

However, with the use of public cloud space, Hill believed the IT challenges SMBs have to face could be solved and fear of issues such as security would fade as cost savings become more evident.

"I still think there is a bit of fear, uncertainty and doubt out there," he concluded, "but there always has been with new technologies. It is always a challenge to get them to accept changes in technology [but] with public cloud and SMBs it [will] happen."