Despite bring responsible for up to 90 per cent of HP's storage solutions, a Brocade executive has claimed Dell's best-of-breed approach to a private cloud data centre is the future. 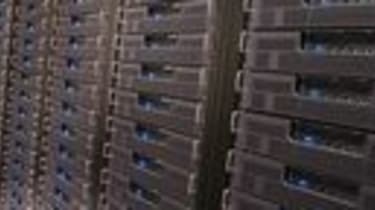 Dell and HP have long been at loggerheads about the best infrastructure to handle private cloud environments. Whilst HP favours a single vendor approach, Dell has publicly supported picking individual products that perform the best, regardless of which company they are made by.

This second approach has now received the support of a senior executive from Brocade who thinks the future of private cloud data centres will be best of breed.

During an interview with IT PRO, John McHugh, chief marketing officer (CMO) at Brocade, said: "I think the world is going more in the direction that Dell describes than what HP and maybe Cisco would like it."

He added: "The benefit of the Dell model is customers retain choice and they get to look for best in class. If that is performance based, if it is cost based, whatever value they look for, they get to recognise that the elements of the data centre have very different characteristics and value."

However, this was more of a long term view, as McHugh claimed the next year would see the prominence of HP's model.

"One of the things I think is going to happen in 2011, we are going to see... prescriptive data centre architectures that will steer people... so that they are as straight forward deployed as possible."

He added: "I think there is going to be a year of people learning what works, what doesn't work and what are the things to watch out for."

McHugh reiterated this would only be in the sort term and as customers got more savvy with cloud computing, things would change.

"This is the real world that customers live in and a lot of the vendors that try to do the lock in want to sweep that aside and not... deal with reality. Customers do want choice and don't want to get locked in," he concluded.