Politically motivated attacks like Stuxnet appear to have hit a number of global critical infrastructure providers, a survey shows. 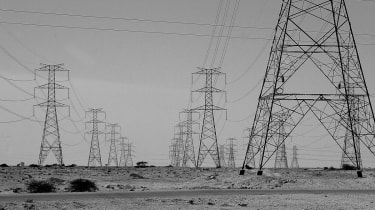 More than half of critical infrastructure providers believe their networks have been targeted by politically motivated cyber attacks, research has suggested.

Of those who claimed to have been attacked, the average company said they had been hit 10 times in the last five years, a Symantec poll of more than 1,500 providers spanning 15 countries and six industries.

On average, amongst the organisations who said they were targeted, the estimated cost to their business had totalled $850,000 (536,000).

The results may indicate Stuxnet-like attacks are more widespread and effective than initially thought.

"The Stuxnet worm that is targeting energy companies around the world represents the advanced kind of threats that require security, storage and back-up solutions, along with authentication and access control processes to be in place for true network resilience," said Justin Somaini, chief information security officer at Symantec.

Governments should partner with industry associations to develop and disseminate information to raise awareness of CIP organisations and plans, it said.

It appears organisations need government help with threats such as Stuxnet, as only a third of critical infrastructure providers said they felt truly prepared to deal with all kinds of attacks and 31 per cent were less than somewhat capable to fend off cyber threats.

"Critical infrastructure protection is not just a government issue. In countries where the majority of a nation's critical infrastructure is owned by private corporations - in addition to large enterprises - there is also the significant presence of small and medium-sized businesses," Somaini added.

"For the last five years or so the threat landscape has been dominated by malware written to make money illegally," he explained.

"Stuxnet is different in that it is not designed to make money, it has been targeted at specific systems and the intelligence required to target these systems and the sophistication of the threat suggest knowledge and resources beyond regular cyber criminal groups."