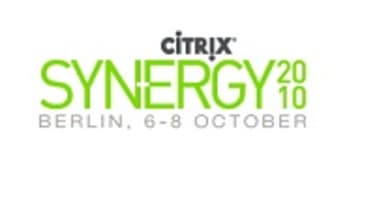 Under Project GoldenGate, the devices' touch screens are supported with the aim of offering support on any platform without the IT manager having to become involved with the differences in display technologies. Apart from email, access to calendaring, contacts, and collaboration capabilities will eventually be possible within a single app, Citrix claimed.

The tablets' screen sizes lend themselves to greater use as thin clients. In a closing demonstration during the conference keynote, Mark Templeton, Citrix's chief executive, showed how using the Receiver application allowed iPads to "multitask".

He connected to various applications on the server cloud and showed how, by keeping connections live on the server for these sessions, the iPad could be used to switch between them. By causing the tablet display to jump between the live server tasks, it effectively produced a multitasking, virtual environment.

Even when the tablets appear that promise native multitasking, the ability to execute tasks on the server in this way would allow the devices even greater flexibility, Citrix claimed.