In a response to an MoJ call for evidence, the ICO says it supports prison sentences for serious breaches of the Data Protection Act. 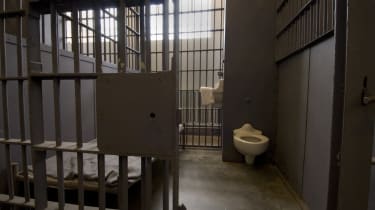 The most serious breaches of the Data Protection Act should carry with them the threat of imprisonment, according to information commissioner Christopher Graham.

In the Information Commissioner's Office (ICO) response to a Ministry of Justice call for evidence on the effectiveness of the European Data Protection Directive and the Data Protection Act (DPA), the watchdog said prison sentences should be a deterrent against breaking the law.

"It is widely evidenced that the greatest threat to information security in organisations is individuals, yet the DPA only provides for a fine for those individuals who knowingly or recklessly obtain or disclose personal data, or procure someone else to do this for them," the body said.

"The information commissioner considers that the trade in personal information justifies the possibility of a custodial sentence for the most serious offences."

Currently, individuals who breach the DPA can be issued with a 5,000 in the Magistrates Court, or an unlimited fine in the High Court.

Introduction of prison sentences was agreed on in 2008, but no one has been punished with a custodial sentence to date.

"Although there is currently no legal obligation on data controllers to report breaches of security which result in loss, release or corruption of personal data, the information commissioner believes serious breaches should be brought to the attention of his office," the ICO said.

However, if disclosure does become a requirement, there needed to be a better definition of what constitutes a serious breach "on the basis of risk," the body suggested.

"If all security breaches are to be notified, this could create the potential for huge and disproportionate administrative burdens for both businesses who have to notify breaches regardless of their seriousness, and for the regulator who has to administer those breach notifications," the watchdog added.

"This could divert scarce resources from other, more effective regulatory activity."

Response to a response

Stewart Room, partner in Field Fisher Waterhouse's Privacy and Information Law Group, said the ICO's response was a safe one and it offered nothing "innovative."

The only area where Room saw the ICO coming unstuck was in the watchdog's call for direct regulation of data processors.

"My main reason for saying that is that I think the regime works alright. I don't think it needs to change," he told IT PRO.

Room did agree, however, with the commissioner's call for the amendment to section 13 of the DPA, which would give people rights to pursue compensation claims for distress, regardless of whether they had suffered financial loss.

"The amendment to section 13, it seems an inevitable outcome," he said.

Room also said the commissioner was wrong to not call for greater financial powers.

"This is where I feel the commissioner is not serving data protection well," he added.

"Half a million pound fine, I know as a fact from what people have told me, they consider it to be a joke and they are not factoring it in."