IT security teams need to start selling what is important to board members rather than just what they find interesting, an expert at the Barracuda summit says. 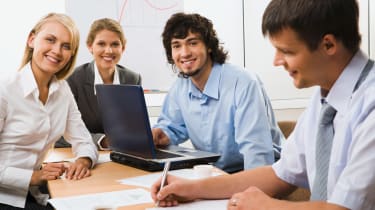 IT departments' security teams need to be sales people in order to get company heads to understand the value of protection.

This was the claim of Wieland Alge, general manager for central Europe, the Middle East and Africa (EMEA) at Barracuda Networks, who said IT teams need to shift from trying to sell what is interesting to board members, to what is important.

The recession caused a shift in the landscape and now importance is all business chiefs care about when it comes to data security, he told delegates at a Barracuda summit in Austria today, attended by IT PRO.

"In 2009 we decided we should review the myths and perhaps throw them away," Alge explained.

He said threatening tactics, which were once successful in getting firms to invest in security, no longer worked as they "do not make people sympathetic."

"We have to learn from sales people how it works. If we don't do it we will not be successful," Alge said.

"It only works when you represent yourself as a sales person. It's painful isn't it?"

Alge said it is startling how "interesting-focused" security experts are but this needs to change if companies are to get projects going.

"There are things that we find very important but aren't very sexy. There are other things that are both," he continued.

Earlier this year, a Ponemon Institute survey found over two-thirds of security experts polled said their companies did not have the resources needed to deal with potentially major attacks.

The report indicated there was a disconnect between IT departments and company executives in understanding the importance of security.