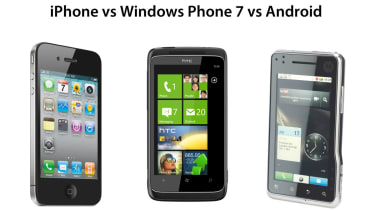 Windows Phone 7, Android and iOS4 may all run on touchscreen smartphones, but they all work in subtly different ways. Manufacturers have much more flexibility with Android than they do with Windows Phone 7 and where Apple only has one, rigidly designed user interface, Windows Phone 7 can be customised with Hubs and Android with skins.

When Windows Phone 7 was announced, it was also revealed that devices running the new operating system would have to include certain hardware features, such as a capacitive touchscreen with four or more contact points, three hardware buttons (home, back and search) and a 1GHz or faster processor. Some Windows Phone 7 handsets have slide-out mini QWERTY keyboards, while others rely on touchscreen keyboards.

The distinctive Metro user interface uses tiles on its Start screen. Tiles are, essentially icons with thumbnails that show constantly updated information, such as upcoming appointments or the current weather. The interface can't be customised as extensively as Android's. Networks and manufacturers are restricted to adding new tiles or adding new features through the phone's firmware.

It's worth bearing in mind that current Windows Mobile programs won't run on Windows Phone 7, there's no copy and paste and multitasking currently isn't supported for third party apps. A New Year update should add copy and paste though and we expect Microsoft to rapidly address the other shortcomings.

Android is the closest to a fully open operating system. Google allows manufacturers to fully customise the hardware and user interface as they see fit. Almost every manufacturer, such as HTC and Motorola, adds a customised user interface with additional social networking widgets.

Although there are seven homescreens as standard on Android 2.2, manufacturers and networks can choose to add or remove them. This can be extended to applications too. For example, while Google Maps ships as standard on Android devices, Orange has loaded on its own Orange Maps on its own-brand Android phones, while other manufacturers preinstall more advanced GPS software such as CoPilot or TomTom.

Apple's iPhone is more restricted in comparison to both Windows Phone 7 and Android. 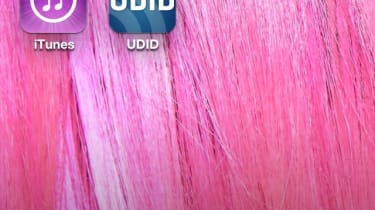 There's a limit of 11 homescreens and you can change wallpapers and sort applications into folders. Although some icons can update themselves to show new information, such as the Mail icon's badge showing the number of new messages, they aren't as informative as Windows Phone 7's Tiles.

There's no iOS equivalent to Android's widgets, which are essentially mini-applications that run straight from the homescreen. Although restrictive, this tightly controlled design arguably has the advantage of simplicity. New iOS versions are usually available for immediate download when released, although in the case of iOS4, some older iPhone models either missed out on iOS4 entirely or couldn't take advantage of all the new features.