Geroge Osborne has announced an extra £900 million to fight tax evasion and fraud with new technology and better IT contracts. 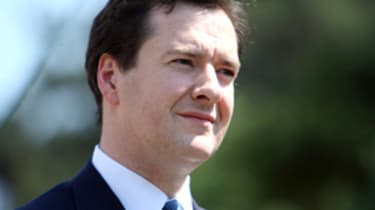 The Government has pledged an extra 900 million for targeting tax evasion and fraud by using better technology, Chancellor of the Exchequer George Osborne has announced.

In today's much anticipated spending review, Osborne said HM Revenue and Customs (HMRC) would be able to make better use of new technology and sign "better IT contracts" to go after such illicit activities.

Despite this additional funding, HMRC has been told to make resource savings of 15 per cent.

Osborne also announced cuts in police funding, stressing that "no public service can be immune from reform."

He claimed significant cuts could be achieved through reductions in police spending "without impacting front-line services."

Police spending will fall four per cent each year, according to Osborne, but the "visibility" of police on UK streets will be improved.

He did not make any guarantees on protecting police working behind the scenes on fighting problems such as online fraud.

However, earlier this week an extra 500 million was pledged by the coalition government to help tackle threats posed by cyber crime and outlined the need for a new strategy to face new dangers.

The promise of extra funds was included in a report entitled "A Strong Britain in an Age of Uncertainty: The National Security Strategy," in which cyber crime was listed alongside terrorism, chemical attacks and natural disasters as one of the biggest threats to the nation.