Mac OS vulnerabilities have risen by over five times, leading Panda Security to launch an anti-virus product for the operating system. 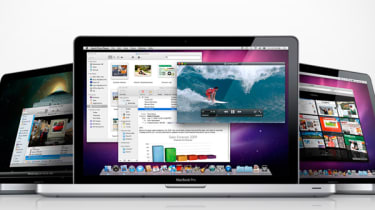 Mac OS vulnerabilities have increased by over five times in less than a year, according to Panda Security figures.

The platform can also be affected by 170,000 macro viruses for Windows, Panda said.

Furthermore, there are 5,000 classified strains of malware that specifically target Apple systems and the increased focus of hackers on the Cupertino company's products has led Panda to launch its Antivirus for Mac.

It offers protection against all kinds of malware that can affect Mac OS, Mac OS X, Windows and Linux, protecting the Apple OS itself and preventing users from transmitting malware to other operating systems.

"Mac security was something Panda had to address," said Ivan Fermon, senior vice president of product management at Panda.

"We believe this is the right time to launch a product like this, given that Apple is becoming globally more popular for various reasons (among others, due to the success of other devices, such as iPad) and could now start to be targeted by hackers."

Two different scan engines have been included in Panda Antivirus for Mac, one being an on-access scan, designed to protect the computer at all times and alert to any security incident.

The on-demand scan allows users to launch scans of the complete system or specific components and the anti-virus product can also scan Apple iPhone, iPad and iPod.

"We would even say that today, the Windows operating system is more secure than Mac, simply because Microsoft has been working proactively on security for many years," Fermon added.

"As the Apple system has yet to be seriously threatened, it may contain more vulnerabilities than those we are aware of, which could be exploited to launch zero-day attacks similar to those against Windows."

At the time of publication, Apple had not given a statement on the Panda figures.

This week saw the launch of a range of new Apple systems, including the new MacBook Air.