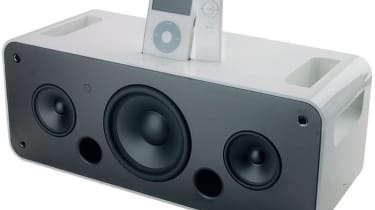 Of all the overpriced tat filling the shelves of our local electronics store, few raise the collective blood pressure here at ITPro more than iPod speaker docks. For some reason manufacturers can get away with charging silly prices for what is usually a weedy, muddy, awful sounding pair of stereo speakers wedded to an iPod charger painted white.

Even Apple itself is guilty of this sin against common sense when it released its own speaker dock, the iPod HiFi back in 2006. Although it was beautifully made and could be powered by D cell batteries, it was still hard to justify spending 249 on a deeply average sounding set of speakers it cost almost as much as most iPods available at the time.

No one cared when the iPod HiFi was quietly discontinued in September 2007. Apart from the lone mug who bought one for her iPod which never leaves the house for some bizarre reason. That's a special case all by itself. 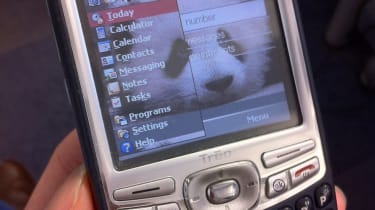 Windows Phone 7 may be all the rage, but it's worth taking a moment to remember its predecessor, Windows Mobile 5 and 6. Smartphones from various manufacturers, from Palm to Toshiba and HP, ran Windows Mobile and these phones were surprisingly popular among our gaggle of IT technicians.

Unfortunately they were complete dross. Tiny menus and onscreen controls meant you had to use an easily-lost stylus to control the touchscreen. Using the mobile version of Internet Explorer was like going back in time to use Netscape 1.0. Finding any third party software worth using that wasn't exorbitantly overpriced was an epic quest.

Windows Mobile wasn't without its merits. The Today screen is an obvious ancestor of the Windows Phone 7 Start screen. It could also connect to Exchange email servers. Nonetheless, there's a reason Windows Mobile was around for seven users and never caught on with the wider public beyond IT geeks. It was rubbish.