Looking for a new smartphone? Don't part with your money before checking our list of the five best smartphones we've reviewed so far. 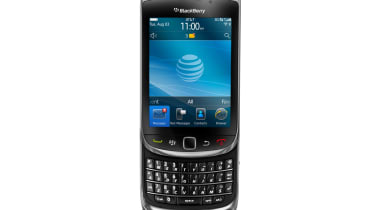 If you don't like the look of the Samsung Galaxy S, there are plenty of other options since loads of other manufacturers make Android phones. HTC is one of the most well-established and its Desire smartphone is excellent.

The screen is very bright, but it can still be hard to read in bright sunlight though. We're also not fond of the customised copy and paste system which doesn't work as smoothly as the iPhone's. Nevertheless, the Desire is still one of the best Android phones available.

The Torch is probably the best BlackBerry yet and the new OS 6 is one of the major reasons why. It's a vast improvement over previous touchscreen Blackberries, with a sensibly designed interface and a a hugely responsive touchscreen.

RIM hasn't forgotten its core business users though the Torch has a comfortable, slide-out hardware keyboard and all the BlackBerry services you've come to expect. It's a stunning smartphone and should be at top of the list for any long-time Blackberry user wanting to upgrade to a modern touchscreen, app-capable smartphone.

Microsoft's brand spanking new Windows Phone 7 mobile operating system has already impressed us with its distinctive Tile-based Start screen. HTC may be best-known for its Android phones, but the company is a long-time Microsoft collaborator so we weren't surprised to see the Taiwanese company release one of the first phones using the new operating system.

As we'd expect from HTC, the oddly named Mozart looks and feels lovely made thanks to its single-piece metal enclosure. Typing on the virtual keyboard is surprisingly fast and error-free and the bright screen looks great. Exchange and Office file format support is good, as we'd expect from Microsoft, but several essential features are missing, such as copy and paste and multitasking.

Windows Phone 7 may be a work in progress, but the well-built Mozart is still an impressive phone.