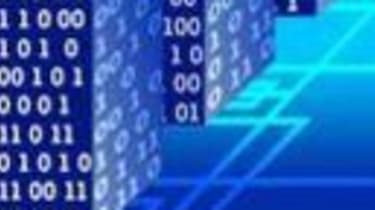 Although many companies pride themselves on their R&D strategies, it is acceptable to acquire a small company that has done the development for you and come up with a successful product.

"It is all about consolidation," said Andrew Reichman, senior analyst at Forrester Research. "We have seen so many acquisitions over the last three years that every major IT vendor is trying to offer a very comprehensive storage strategy from entry level products to top tier enterprise class products, across block as well as file, with hardware and software. There is quite a feature battle."

Despite the difficult economic times, the IT sector as a whole has seen a number of high-profile acquisitions, from Intel with McAfee through to rumours surfacing of a Microsoft/Adobe deal. But the bidding wars in the storage market have outshone them all.

Looking back to 2009, the big fight was between EMC and NetApp to pick up the relatively small but very successful Data Domain, famed for its deduplication appliance.

A lot of money was being thrown around board rooms and the two bidders went back and forth, upping their offers each time the other flinched. But the winner came out as EMC, which paid a whopping $2.1 billion for the company.

Gartner estimated that in the last quarter alone, this purchase bolstered EMC's profits by over $144 million so you can see why they battled long and hard to pick up the company.

But 2009 is old news. The biggest acquisition battle, not just in storage but in technology as a whole, was a face off between two of the most well known firms in the US.

Dell first entered a bid for the little known storage virtualisation company 3PAR back in August and offered a sizeable $1.15 billion for a firm that had actually not made profit on its technology for many years.

Many thought it was a done deal but then in swept HP with its bigger chequebook and outbid its competitor by a third, offering $1.6 billion. A tense stand-off then began between the two companies as bids continued to rise and rise.

Eventually, after HP had offered a massive $2.4 billion for the little Californian firm, Dell gave up the fight and let its rival take the company. 3PAR has now been integrated into HP, with Dave Scott, former chief executive of the storage company, becoming the head of HP's StorageWorks division.