Fujitsu's VP of storage thanks Joe Tucci for promoting the importance of deduplication. 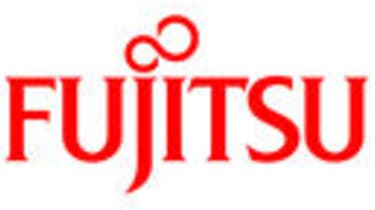 A senior Fujitsu executive has admitted his company was enjoying riding the wave EMC has created around deduplication technology.

During an interview with IT PRO at SNW Europe 2010, Dr Helmut Beck, vice president of the storage division at Fujitsu, said the bidding war between EMC and NetApp for deduplication specialists Data Domain, and the massive acquisition cost the former paid out, had helped his company in promoting the importance of the technology and, in turn, its own rival products.

"As a technology [deduplication] has its place and thanks to Joe Tucci, who made a $2.1 billion investment in Data Domain, there is enough momentum in the market you don't have to argue very much [with customers] about it,"he said.

"EMC and Data Domain have done that already which makes life much easier [for us]."

"ETERNUS CS800 can be sold because EMC has explained to all our customers that deduplication is an important thing," he added.

"We can go in and say we do it a little bit better... we do a remote copy, we have much better scalability because you don't have to keep buying the next box (you just upgrade) and [EMC] makes it easier for us."

Today also saw the launch of Fujitsu's ETERNUS CS High End box, but Beck admitted it wasn't so easy to sell as the market it is aimed at didn't know as much about the technology, and so were less sure what they could do with it.

The company also announced a strengthening of its partnership with NetApp, turning a regional teaming up into a global presence, which Beck says will help improve awareness around high-end deduplication.

"Not many people in the storage world know ETERNUS but many know NetApp," he concluded. "Now NetApp helps us and, of course, that is a side effect which we like to have, getting us much more into the ears and eyes and mouths of people."

Both the ETERNUS CS800 and ETERNUS CS High End are available from today.