Computer program developed by Portsmouth researchers to predict when machines break down. 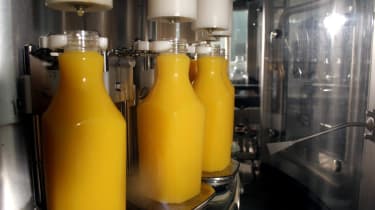 Researchers at Portsmouth University have developed a system that claims to be able to predict mechanical failure in industrial machinery.

The system combines computer software with constant monitoring of the plant. Researchers placed sensors on the parts of machines that are most vulnerable to wear and tear, and connected them to software that analyses their status and predicts when a part might fail.

The aim is to cut production downtime by allowing factory owners to replace worn components in machines before they fail. Avoiding unscheduled shut downs can potentially save large sums of money, according to the research team.

"The machines in many processing plants and factories are running day and night and an unscheduled stoppage can cause havoc and can result in huge costs," said Dr David Brown, head of Portsmouth's Institute of Industrial Research.

"This new diagnostic system prevents potential mechanical failure by identifying the faulty or worn out part before it causes a problem."

By giving factory managers advanced warning of failing parts, they can schedule replacement during planned production downtime, which in turn reduces the impact on the factory's supply chain. Increasingly, manufacturers are looking for "zero fault" machines, because their customers cannot tolerate a disruption to supplies.

Building the system, though, required both the use of advanced sensors and some of the latest IT techniques. High-end manufacturing machinery is frequently custom-built for the user. Dr Brown's team had to design the virtual engineer software to be adaptive, so it could learn the precise operations of every piece of plant. The system also relies on data analysis to predict when a wearing part might fail.

The system has been tested by Stork Food & Dairy Systems (SFDS), a company that builds machinery for the food processing industry.

"An unplanned stoppage on a production line can be a total disaster," said Luke Axel-Berg, general manager at SFDS. "It can spell chaos for a processing plant, especially a dairy plant where milk is literally arriving every single day. The cows don't stop producing milk because a machine has broken."

The university hopes that the system will also help industry by reducing the number of service engineers who need to be kept on call.