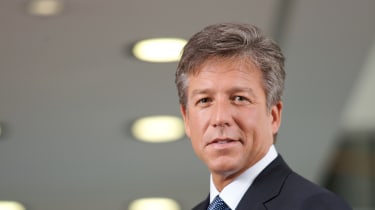 The company -- which makes enterprise resource planning, CRM, business intelligence and other back-office software -- said its software and software-related services revenue increased by 21 per cent, or 13 per cent in constant currency terms, compared with the third quarter of 2009. Figures released according to the IFRS accounting standard saw growth increase 20 per cent.

SAP did not, however, raise its guidance for its fourth quarter, with executives telling Reuters TV that the company had already set ambitious targets. Markets reacted by marking down SAP's shares. Analysts had hoped the company would raise its targets for revenue from software-related services.

According to SAP, the results reflect both the company's acquisition of Sybase this Spring, as well as an improving economic climate. The vendor reported good sales in Asia, excluding Japan, and saw a strong recovery in both Europe's emerging markets, and North America.

SAP also reported growth from across its customer base, highlighting growing interest both from its troubled Business On Demand SaaS product, and from business analytics. In August SAP signed a large-scale deal with Wal-Mart.

But he added, in a thinly veiled swipe at competitor Oracle, that businesses "want to partner with a company with an open ecosystem, not one that locks them into a stack but [which] gives them choice."

"The results are okay, not great but not weak either. When you pull out Sybase, it is high single digits," said Thomas Otter, a research director at Gartner.

"Business is picking up, but there is no break through growth yet. SAP is selling what it has competently, but this is not going to drive growth into the future. Things will get interesting once we get better visibility of ByDesign, mobile, Sybase synergies and the in-memory [technology] (Hana) from a revenue rather than a theoretical perspective. I suspect that SAP is spending on marketing in preparation for these, which is pressing on its margins."

SAP also confirmed it had increased its provision for damages in the TomorrowNow legal dispute with Oracle to $160m. SAP has already admitted that its former US subsidiary breached Oracle's copyright. A court will decide on damages in November.