The ICO admits it cannot fine Google over its Street View Wi-Fi data collection as the ability to issue a monetary penalty is not retroactive. 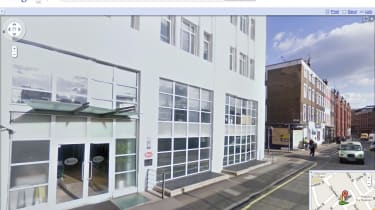 The Information Commissioner's Office (ICO) is unable to fine Google for collecting data over unprotected Wi-Fi connections during its Street View project.

Various reports have indicated the ICO could issue a landmark monetary penalty but the privacy watchdog admitted to IT PRO it cannot issue a monetary penalty as the data was gathered before the ability to fine up to 500,000 was granted to the ICO.

Last week, the ICO said it was to reopen the investigation into Google after the search giant admitted it had stored passwords, email addresses and URLs during its Street View operation.

Many subsequently called for the privacy body to use its fining powers, but today those hopes have been crushed.

Ed Vaizey, minister for culture, confirmed to delegates at a parliamentary debate on internet privacy today that the ICO would not be able to issue a monetary penalty.

Vaizey delivered an update on the situation, noting the Metropolitan Police have decided no criminal investigation is needed into the incident, so the data collected by Google could now be deleted.

"I will meet with the information commissioner next week to talk about what he intends to do with the data and about any potential breach of protection law," Vaizey said.

Many delegates had lambasted Google for what had happened, with Robert Halfon MP, who oragnised the debate, criticising the Street View project as a whole.

"Street mapping was done without anyone's explicit permission," he said.

Halfon called for the ability for citizens to opt in to services such as Street View and said it is not just Google people should be concerned about.

He had some strong words for BT and its use of Phorm to scan social network accounts for comments about the company.

Vaizey was more sympathetic, however, and said firms had always collected data on individuals.

"When it comes to data harvesting personal data has always been collected by commercial companies to enable them to sell you products," Vaizey said.

"We should remember one of the reasons [the internet] is having an impact on our privacy is that so many of us voluntarily use it."

He added it was a "perfectly legitimate argument" that the Phorm software was there to support businesses and help customers.