It's being sold as one of the key advantages of cloud computing. But is there really money to be saved, wonders Simon Brew? 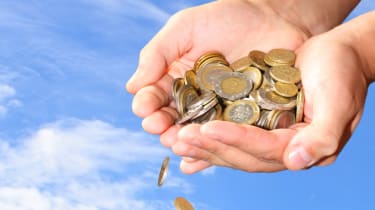 In spite of the many benefits, however, there's still reluctance to adopt cloud computing in organisations. But why?

Well firstly, there's an inherent distrust in some quarters of cloud computing, and it's also not without expense to set up in the first place. It's a myth to suggest it eradicates the bulk of costs, as users still need the necessary hardware infrastructure to make it all work.

Furthermore, a reliable web connection becomes a must too. The extreme is always cited if a web line goes down, it can bring work to a stop. That's not always the case, of course, but it still remains a problem. What remains a more likely problem is consistently achieving the necessary internet speeds to make a cloud environment viable.

Also, things aren't quite as straightforward as they might appear at first. As Ovum's report, Cloud Computing Costs In Perspective' argues, there's a choice to face between utilising a public cloud or deploying a private one, and it's not always straightforward.

The former has lower start-up costs but higher ongoing costs, while the latter works the other way around. For larger organisations with existing data centres, this can often prove to be the more logical way to go.

Ovum itself argues the hybrid route, but warns nonetheless of a collection of possible problems. These vary from a backlash of sorts if things don't go to plan, through to costs not being properly managed. Furthermore, different approaches are inevitably going to suit differing organisations.