The Prime Minister will today announce plans for a ‘tech city’ in London’s East End. 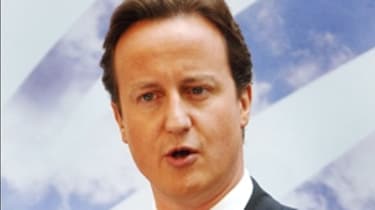 Prime Minister, David Cameron, is set to announce plans for a new hub for technology businesses in the East End of London, with the goal of becoming the UK's answer to Silicon Valley.

The announcement, due later today, is set to outline areas around Old Street, Shoreditch and the Olympic Park which will become a dedicated base for tech companies and may include such high profile residents as Google, Facebook and Intel.

A leaked extract from Cameron's speech said: "Right now, Silicon Valley is the leading place in the world for high-tech growth and innovation. But there's no reason why it has to be so predominant."

"Our ambition is to bring together the creativity and energy of Shoreditch and the incredible possibilities of the Olympic Park to help make East London one of the world's great technology centres."

Funding for the area is expected to total 400 million, with half going into financing business and the other dedicated to building Technology and Innovation Centres.

Alongside the announcement, Cameron is also expected to confirm the introduction of "enterprise visas" to make it easier for foreign businesses to set up on UK shores despite the Conservative Party's strong views on capping immigration and a review of UK intellectual property laws, as companies claim they risk infringing on current laws by setting up over here.

The new announcements follow months of discussions between Cameron and leading technology figures, and the Prime Minister has claimed to have gained "overwhelming" support for his proposals.