The smartphone market grew by almost 90 per cent in the third quarter as vendors ramped up their efforts. 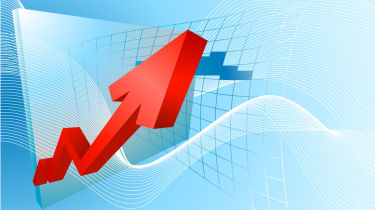 The global smartphone market grew a whopping 89.5 per cent in the third quarter, as vendors put out some positive results.

A total of 81.1 million units were shipped in the quarter, compared to the 42.8 million from the same period in 2009, according to figures from IDC.

In the first three quarters of 2010, a total of 200.6 million were sent out to customers, representing a rise of 67.6 per cent from the 119.6 million shipped over the same period last year.

For the first time, IDC has predicted over 20 per cent of all devices shipped to partners across the world will be smartphones by the end of 2010. In 2009 the official figure was 15 per cent.

"Smartphone makers have the wind behind their sails," said Kevin Restivo, senior analyst for mobility at IDC.

"The market transition to smartphones is proceeding at a brisk and unabated pace."

As for vendor differentiation, Nokia was still top of the pile, although its market share was further eroded away.

Apple posted its highest volume quarter of the year and therefore leapfrogged RIM into second place, even though the latter posted a record level of shipments for a single quarter.

Samsung was the most improved player, reporting the highest year-over-year change of all the top smartphone vendors and overtaking HTC into fourth.

The overall mobile market has not been performing particularly well, as a report from Strategy Analytics found the overall annual market growth fell to 13 per cent in the third quarter, down from 16 per cent in the first half.

The analyst firm predicted growth would slow to 10 per cent in the fourth quarter.