The Royal Navy website goes down after a hacker claims to breach site security and reveal usernames and passwords. 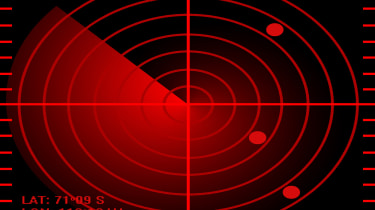 UPDATED The Royal Navy website is currently down after a hacker claimed to have successfully exploited the site and its underlying database.

An attacker going under the web pseudonym TinKode stated in a blog to have compromised the website with an SQL injection attack this weekend.

TinKode claimed to have accessed both usernames and passwords to different sections of the website, although the Royal Navy has refuted the suggestion any classified information was taken.

The Royal Navy admitted the site was compromised, but said no "malicious damage" was caused.

The website has been suspended as a precaution while security teams investigated, a spokesperson added.

TinKode received praise on his blog for his efforts, with one post reading: "TinKode doesn't need sophisticated weapons to disarm an army. He just need a PC."

The news comes not long after the Government ranked cyber defence as one of the most important areas of national security, placing it alongside international terrorism and military crises.

The Coalition also recently announced an extra 500 million funding for cyber defence, along with 900 million to go on targeting tax evaders and fraud with better use of technology.

"The fact that a high profile military website can be targeted shows the underlining issues facing organisations and the threat of cyber crime," Hart told IT PRO.

"Fundamentally this shows that the basic forms of attack can still be executed successfully on very secure sites through the simple tools to obtain the username and password."

"If someone with more malice in mind had hacked the site they could have used it to post malicious links on the Navy's JackSpeak blog, or embedded a Trojan horse into the site's main page," Cluley said in a blog.

"It is to be hoped that the extent of this attack will be egg on the face of the Ministry of Defence, rather than a more significant assault on a website presenting the public face of an important part of the armed forces."