Most British businesses have not checked the quality of their websites from smartphones, a survey shows. 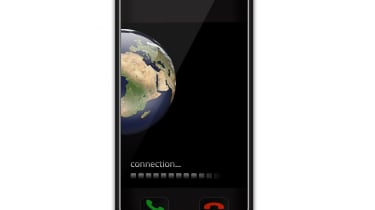 Most British businesses have never checked their websites from a smartphone, potentially putting off mobile customers, a report has indicated.

Over half of firms surveyed by web hosting provider 1&1 Internet said they had never checked the appearance or functionality of their site from a smartphone, whilst others admitted to not addressing compatibility issues.

Over two-fifths of those who had checked smartphone compatibility said their website suffered from reduced appearance, while 36 per cent experienced lower functionality when compared with the desktop version.

Despite this, almost two-thirds said they had no plans to optimise their sites for mobile users.

"Many websites have not yet reached the smartphone age. As a result, small firms in particular can miss a massive opportunity," said Oliver Mauss, chief executive (CEO) of 1&1 Internet.

"Businesses must ensure that when their website is viewed on a mobile, it loads promptly, functions correctly and comprises an attractive and fitting representation of them."

Just 31 per cent felt an improved mobile experience would provide access to a wider range of customers.

Compared to other European nations, British businesses were behind Spanish firms in checking sites from smartphones, although Germans generally considered the issue of mobile websites of little importance.

"On-the-go web access is a strong trend, one that can be used to every business' advantage," Mauss added.

"Firms of all sizes must ensure they are online whenever and wherever the consumer needs them."

Mobile internet usage is set to skyrocket in the coming months, given the massive growth of smartphones over the past year.

The smartphone market grew 89.5 per cent in the third quarter when compared to the same period in 2009, IDC figures showed last week.