Rock and tech: the perfect duo?

We are not the first to see the link between tech enthusiasts and rock fans, but in this feature Jennifer Scott asks whether this connection can be explained and where it came from. 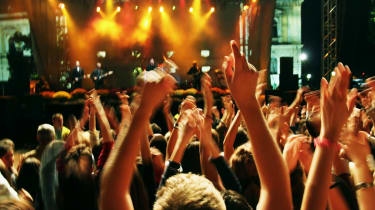 Just off the top of my head I can think of several friends who are software engineers, developers, programmers, IT helpdesk workers and even one guy who has gone back to university to learn about tech security, all of which I saw on a night out to a rock club last week.

On top of that, I met a number of online gamers during this year's Bloodstock Festival who all met each other online and now annually meet in a field to listen to hoards of heavy metal bands.

But if my anecdotal evidence isn't enough for you, there are many examples in the media spotlight to prove the link.

Take Trent Reznor, the creator of one of the largest alternative outfits in the past 20 years, Nine Inch Nails, and also known for producing albums for the likes of Marilyn Manson and Jane's Addiction.

Reznor's latest piece of work was for the movie "The Social Network," depicting the creation of Mark Zuckerberg's Facebook. He scored and recorded the entire soundtrack, helping to aim the movie at particular subcultures.

Reznor was also responsible for the soundtrack to the original Quake video game and worked as the sound engineer on Doom 3, before having to pull out of the project for a number of reasons.

One rock star might not a theory make but there are plenty more examples clogging up the realms of rock and metal.