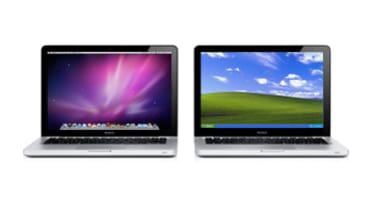 The very first versions of Parallels Desktop and Fusion were only able to run Windows applications inside a window and had limited integration with the MacOS, but this is no longer the case with either Parallels Desktop 6 or Fusion 3.

As well as running Windows inside a window on your Mac desktop, Parallels Desktop has a Coherence mode. This hides the Windows desktop, system tray and taskbar, allowing Windows programs to run alongside your Mac applications. The system tray icons are still accessible, as they're now located in the MacOS menu bar, while Windows programs and the Start menu show up in the Dock. 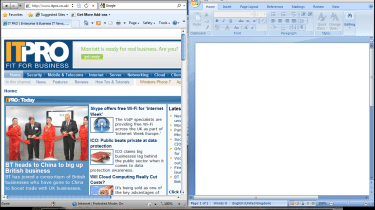 The MacLook option goes one step further by applying a Mac-style theme to Windows, so all your Windows applications have a MacOS-style appearance. It looks a bit odd at the best of times, and works better with some programs than others, so it's a matter of taste. Most Windows features, such as Snap, still work in Coherence and MacLook modes, but those that depend on Aero, such as Flip3D, don't.

It's possible to switch between running Windows full-screen, in a window or in Coherence mode using either a keyboard shortcut or by mousing to a designated screen corner, although the latter sometimes worked rather sluggishly. We had no connecting our Windows VM to our local network for printing and accessing the internet.

Windows and Mac keyboard shortcuts use different modifier keys, Windows usually uses the Control key while MacOS uses the Command key, but Parallels can map Windows keyboard shortcuts to their Mac equivalents. So, for example, you can use the familiar Command-C and Command-V copy and paste shortcuts in Windows programs.

Copy and paste itself has been improved in this version of Parallels Desktop. Previous versions could only copy plain text, but it's now possible to copy formatted text and images from Windows programs to Mac programs. Unfortunately and surprisingly, it's a one way deal we couldn't copy and paste text and images from Mac programs to Windows programs. There's no need to copy and paste URLs and other internet links you can set Parallels so that, for example, clicking on an email address in Windows creates a new email in your Mac email program.

There are other ways of sharing data between MacOS and Windows. It's possible to access Mac folders from within Windows, or even mirror the various Home folders, such as Music, Pictures etc, between the two operating systems. Even if you decide not to do this, it's still possible to mount the VM as a disk image on the Mac desktop, so Windows files can be accessed that way. 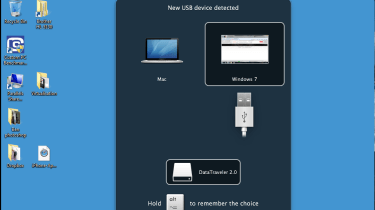 When connecting USB peripherals, a clearly-illustrated and attractive dialogue box asks you which operating system you'd like to use the device with and can remember that setting for next time. Fusion can also do this, but Parallel's slick-looking dialogue box leaves no doubt as which option you've chosen.