Libra ESVA combines an impressive arsenal of anti-spam measures in a VMware virtual appliance. It's surprisingly inexpensive too, but how does it perform in our live lab tests? Read on to find out. 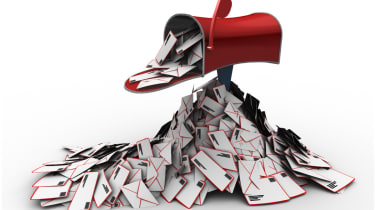 The appeal of the virtual appliance for messaging security hasn't been missed with most vendors now offering versions of their anti-spam software for VMware environments, but Italian company Libra goes further. Not only does is its ESVA (email security virtual appliance) product designed to run only in VMware virtual machines (VMs) but it also claims a very high spam detection rate and looks very affordable for smaller businesses.

ESVA is delivered as an OVF file so it can be used with VMware Server, ESX Server, Workstation or Player. Libra has an image available for Microsoft's Virtual PC but stresses that, along with VMware Workstation and Player, this should only be used for evaluation purposes. Libra advised us that it will also be supporting Microsoft's Hyper-V and should have this available by the end of this year.

The open source community may well have come across ESVA before as it was originally developed by Global Domination and is still available as a free download. However, as with many of these types of projects, support has been very patchy with the developer disappearing for most of this year making it a risky choice to use in a business environment.

Libra started supporting the project in 2008 but after making substantial improvements to the core functions of the software, went commercial with its own version shortly afterwards. Libra ESVA is now a very different beast to the open source version and the company provides full support for its paying customers.

Libra claims a ten minute installation process which we can verify. After downloading the OVF file, we deployed it as a template to our ESX Server 4.0 system and had a new VM with the appliance loaded on it in a few minutes.