The movie technology IT departments would hate

Computers can do lots of things in films and TV shows that go against real life. Here are ten such occurrences most would hope would stay in the land of fiction... 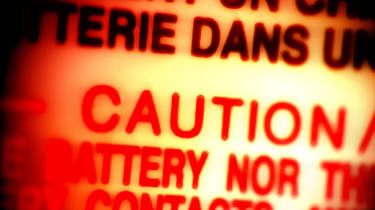 We can't help but have some sympathy with the movie business here. After all who, in the middle of a Hollywood blockbuster, wants to watch a Trojan, for instance, install its payload onto a machine, and then, over a number of days and weeks, begin to wreak havoc?

Surely it's better, for the sake of drama, that a virus does major damage in the time it takes the title character to put on a worried frown? In real life, fortunately, the frown is more frequent than the extent of the damage.

Life, again, isn't hugely dramatic when a computer goes wrong. A screen might freeze. The power might cut. If you're particularly unlucky, you might have to suffer a little sizzling noise before watching everything die before you.

However, if some movies and TV shows are to be believe just take a look at Die Hard 4.0 for an example of this a fire extinguisher should be kept alongside any machine. For when computers go wrong, they burst into flames. Or they can detonate bombs hidden within. Or, basically, do something that sets off a boatload of pyrotechnics.

If there is a complicated computer network in a film or TV show, one put together by a multi-billion dollar corporation keen to protect its secrets, then you normally need just one person to beat it.

Again, there's some element of truth to that, but it is, of course, nowhere near that simple much of the time. Yet this is where movies have their fun. For all you need to beat a complicated security infrastructure are a few fancy, complicated graphics going across a screen, again offering the kind of user interface you would rarely see in real life. But you need that door unlocking on the 14th floor? It's easy, and generally just two mouse clicks away.

How could we end this any other way? Once more we can't help but conclude the biggest threat to any kind of technological infrastructure is a human being somewhere along the line. And even the most sensible of humans are capable of having a temporary evacuation of sense when placed in front of a computer.

This is, of course, where the movies and TV most closely reflect real life, and while it may all look like fiction on screen, ask most IT departments how close to the truth it all falls, and eyes will start rolling in double-quick time.