Tim Berners-Lee has warned of various threats facing the web, emphasising the need for open standards. 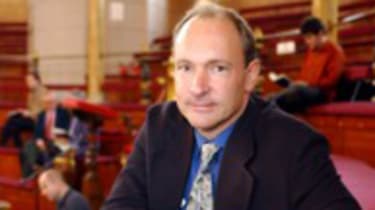 Web inventor Tim Berners-Lee has outlined a number of threats facing the future of the online world, with both Apple and Facebook objects of his concern.

Berners-Lee warned social networks "are walling off information posted by their users," as the likes of Facebook and LinkedIn keep user data to themselves without sharing it.

"The sites assemble these bits of data into brilliant databases and reuse the information to provide value-added service - but only within their sites," he explained in Scientific American.

"Once you enter your data into one of these services, you cannot easily use them on another site. Each site is a silo, walled off from the others."

He explained this "isolation" was a result of each piece of information lacking a URI Berners-Lee's terms for URLs.

"Connections among data exist only within a site. So the more you enter, the more you become locked in. Your social-networking site becomes a central platform - a closed silo of content, and one that does not give you full control over your information in it," he continued.

"A related danger is that one social-networking site - or one search engine or one browser - gets so big that it becomes a monopoly, which tends to limit innovation," he added, most likely referring to Facebook - by far the most dominant social network with over 500 million users.

Earlier this month, Google refused to allow Facebook to access Gmail data if the social networking firm did not open up its user data as well. Facebook has not complied thus far and subsequently offered a workaround to users for accessing their Gmail information over Zuckerberg's service.

Berners-Lee also turned his attention to open standards, suggesting companies which do not adhere to them will create "closed worlds." In this case, he cited Apple iTunes.

"Apple's iTunes system, for example, identifies songs and videos using URIs that are open. But instead of 'http:' the addresses begin with 'itunes:,' which is proprietary," he added.

"You can access an 'itunes:' link only using Apple's proprietary iTunes program. You can't make a link to any information in the iTunes world - a song or information about a band. You can't send that link to someone else to see. You are no longer on the web."

He claimed the iTunes world was "centralised and walled off," with no allowance to move across to other stores or participate in an "open marketplace."

"For all the store's wonderful features, its evolution is limited to what one company thinks up," Berners-Lee added.

Apple has been criticised in this respect before, notably by Adobe, which claimed earlier this year the Cupertino company wanted a "walled garden" around the web.

Berners-Lee also addressed the increasingly pertinent issue of net neutrality, emphasising the need for equality across the web.

"A neutral communications medium is the basis of a fair, competitive market economy, of democracy, and of science," he added.

"Debate has risen again in the past year about whether government legislation is needed to protect net neutrality. It is."

In the UK, the neutrality issue exploded into life last week when communications minister Ed Vaizey delivered a speech indicating the government could allow ISPs to charge for speedier delivery of sites.

He then sought to clarify his comments following the speech, telling the Daily Telegraph: "People are already entitled to choose the speed of their connection, but we're not saying one ISP should be able to prioritise one provider's content over another and I don't support the commercial decision to downgrade a rival's site."