Paperless workflows are more popular than ever, but does Adobe’s PDF production software hold the keys to a digital future? 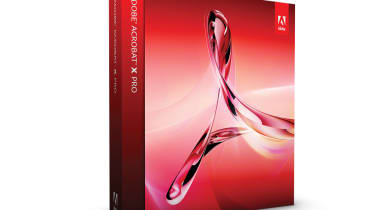 The ability to include Flash content in PDF files isn't new to this release it first appeared in version 9 but the option to design them in Word and PowerPoint might just raise awareness of this feature enough for it to gain some support. Whether it deserves to is another matter. We can't decide whether building media playback and animation into PDFs is a useful extension of the format or just a confusing dilution of its perceived role as a static digital document. In the nebulous world of digital information, there's something innately reassuring about the PDF format's analogy with paper.

It doesn't help that these multimedia objects appear a little untidily in Adobe Reader, requiring a click for activation. It's also disappointing that PowerPoint's own animation tools aren't translated into Flash for PDF export, although perhaps that's hoping for too much. Then again, in some respects this feature is more polished than PowerPoint's built-in handling of rich media, so it could be used simply for presentations rather than for PDF export.

So far we've barely mentioned the Acrobat Pro X application itself, but there are plenty of reasons to fire it up. As with Adobe Reader X, many existing features have been consolidated into tool panes that appear on the right side of the screen, tidying up the interface and grouping features together in a more logical order. The Comments pane manages the annotation process, while Share is home to the Adobe SendNow service, sharing PDFs up to 100MB by sending recipients a link.