The credit card giants have no longer just got distributed denial of service attacks from WikiLeaks supporters to contend with. 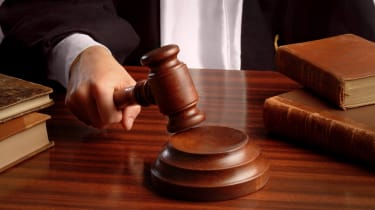 The company which facilitates payments to WikiLeaks is taking on the big guns of the credit card industry in an attempt to open up payment processes once more.

DataCell has announced it will be taking "immediate legal actions" against Visa and MasterCard, who have both this week suspended processing donations to the whistle-blowing website.

The company claimed it was loosing revenue due to the payment suspension, as well as WikiLeaks losing donations.

"DataCell is only doing work for Wikileaks in helping them processing credit card payments," said Andreas Fink, chief executive (CEO) of DataCell. "We are helping an honourable organisation to get its funding it needs to sustain the load on their servers and deliver the messages the public wants to read."

He claimed the blocking of payments by Visa and MasterCard could severely damage the two companies' reputations and make them lose customers.

"This might be very well the end of the credit card business worldwide," he added.

The legal action is just the latest issue faced by the companies who have become targets of WikiLeaks supporters.

A hacker group calling themselves Anonymous' targeted MasterCard's website yesterday with a distributed denial of service (DDoS) attacks and successfully took the site down. Reports suggest Visa's website could be the next target.

WikiLeaks is responsible for leaking the contents of confidential US Embassy cable communications to a number of newspapers around the world, including The Guardian in the UK.

Founder of the website, Julian Assange, was this week arrested in London after he was accused of committing sexual assault in Sweden back in August. The Australian has been refused bail and is waiting to fight against an extradition order to send him back to Sweden.