Low-income and older consumers are being overwhelmed by too much information, rather than helped to buy services, says adviser. 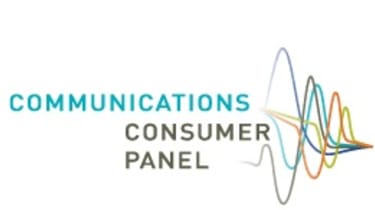 Regulations forcing communications companies to give more information to consumers are proving to be counter productive, according to government advisers.

The Communications Consumer Panel, which advises the communications and media industry regulator Ofcom, has claimed moves to make companies in complex markets, such as those for mobile phones and broadband, provide more information about their products put "vulnerable" consumers at a disadvantage.

The research, carried out using international data by the Economic and Social Research Institute, found poorer and older consumers were not helped by additional information because they found it difficult to take in.

The researchers highlighted broadband services as one area where well-intentioned moves by regulators appeared to be damaging some consumer groups. As internet service providers (ISPs) have started to make more use of traffic management to run their networks, regulators have responded by asking the providers to give consumers more information on their traffic management policies.

"Traffic management information is extremely complicated and we do not fully understand the role it plays in decisions about broadband purchasing and switching decisions," the researchers said.

According to Anna Bradley, chair of the Communications Consumer Panel, when vulnerable consumers are given too much information, they react either by becoming less likely to switch services or by making poor decisions.

"We need to take into account the real behaviour of different groups of consumers when designing regulation, otherwise there is a risk that consumers, particularly some of the most vulnerable groups, will not be properly protected," said Bradley.

The Communications Consumer Panel advises Ofcom on consumer issues, but is independent of the regulator.

Regulators believe the complexity of markets such as broadband contribute to the low take-up of services, especially among poorer groups. This, in turn, affects the ability of businesses, and especially the public sector, to reach these consumers online. The UK also continues to lag behind other leading economies in broadband access speeds.