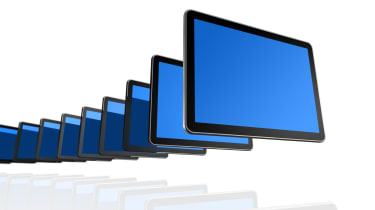 Sales of media tablets, such as the iPad and Samsung Galaxy Tab, are expected to outstrip netbooks and come close to matching the sales of desktop PCs within four years, according to analyst firm Generator Research.

Generator claimed sales of media tablets, which it defined as a portable device geared for content consumption, would reach 117 million units by 2014. That compares with 48 million low-cost netbooks, and 139 million conventional desktop PCs.

Full-specification laptop computers will continue to sell well, shipping 258 million units, but they will be outsold by smartphones, where Generator expects sales to reach 385 million units.

Sales of tablets are being driven by consumers' wishes for smaller and lighter alternatives to PCs for tasks such as managing photos, viewing movies or TV shows, web surfing and playing games. Such tasks already account for the majority of consumers' "screen time" on laptops, the analysts believed.

Conventional portable PCs will continue to appeal to "content creators," as well as users who need more powerful graphics performance.

For companies to be successful selling media tablets, however, Generator said a solid application strategy, as well as bundled content and services, was essential. Portable computer manufacturers have focused their attention on the hardware specifications of their products, and will need to catch up with vendors such as Apple by offering app stores. Consumers, for their part, ranked a good app store highly when it came to choosing a media tablet.

Generator also predicted more buyers would use media tablet devices as a companion to a smartphone the strategy RIM is following with its BlackBerry Playbook tablet.