This week, Google is just one tech giant to make acquisitions, whilst there has been plenty of tablet talk in the lead up to Christmas. 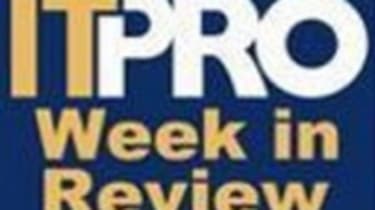 Tis the season to acquire

It seems some of the world's tech giants have decided to treat themselves this Christmas with a number of acquisitions.

First off, Google did a double buy, picking up Phonetics Arm and Widevine.

However, the search giant had an up and down week, after revealing Chrome OS laptops would not arrive before the end of the year.

Later in the week, Dell revealed it was in talks to acquire storage software company Compellent.

And then there was Salesforce.com's purchase of Ruby platform-as-a-service provider Heroku for a whopping $212 million.

The announcement was made at Dreamforce 2010, where IT PRO has been reporting from.

Plenty of excitement surrounds the next iteration of the iPad as reports suggested it could be ready by February. As for new features, it appears a camera will be added.

RIM said it would be offering free tablets to developers who submit successful apps before the PlayBook's US release date.

Earlier in the week, the manufacturer said the software to feature on the PlayBook will soon find its way onto BlackBerry devices as well.

Intel, meanwhile, said it hopes its chips will feature in tablets next year.

When will WikiLeaks weeks end?

Of course, it was pretty difficult to stay away from any WikiLeaks news this week.

DataCell, a company which facilitates payments to WikiLeaks, said it would be taking legal action against Visa and MasterCard. DataCell claimed it had lost revenue as Visa and MasterCard suspended processing of donations to the whistle-blowing website.

WikiLeaks supporters have gone after companies such as MasterCard who have pulled services to Julian Assange's site, launching a number of DDoS attacks.

See IT PRO's analysis of the WikiLeaks threat to see whether your business could be affected by DDoS attacks.