We ask one of the leading experts on cyber crime for an assessment of the recent spate of cyber attacks and the growing threats to companies trading online. 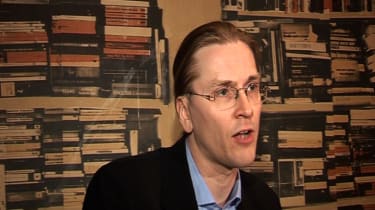 Since WikiLeaks released US government cables, the internet has been rocked by cyber attacks both against the whistleblowing site, and then against companies, including Amazon and PayPal, that had severed business relationships with it.

With the threat levels facing all businesses on the rise, IT PRO spoke to one of the foremost experts on cyber crime, chief research officer at F-Secure, Mikko Hyppnen, about the risks and some of the countermeasures companies can take.

You've been watching the chain of events following WikiLeaks' release of the US cables very closely. How seriously do you think these incidents both those aimed at WikiLeaks and those aimed at its former business partners have been in raising the level of threat across the internet community?

We've seen such an amount of different attacks against different targets. Then again most of the attacks we've seen have been simple denial of service, traffic overload attacks, which means that they might be able to slow down or shut down an attack, but are unable to break in. So we haven't seen any data being stolen, for example.

What you're saying is the attacks are not very sophisticated?

No, in fact most of the attackers who are part of the so-called Anonymous group are not really computer experts at all but want to participate in the attack because they believe in the cause. So they download the tool and let others use their computers to mount the attack.

What's frightening is how many people have done that and how quickly this has gathered momentum. There seem to be a lot of people willing to do something against the law to attack commercial organisations

It is clearly illegal, and it is also pretty costly. These attackers have succeeded in shutting down the online payment credit card verification systems of both Visa and Mastercard and disrupt part of the PayPal service, and this will immediately start causing losses to credit card companies. I'm quite sure most of the people participating in these attacks don't really realise that these are serious crimes.