Nokia files 13 new patents against Apple, four of them in the UK. 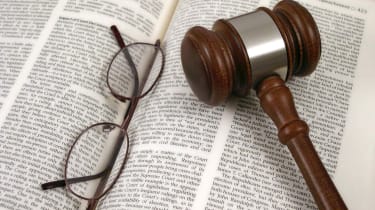 The patent war between Apple and Nokia has gone up a notch after the Finnish phone maker filed an extra 13 patents against the Cupertino company.

Earlier this year, the legal tussle between the two firms made its way across the pond as Apple accused Nokia of infringing nine patents around smartphone technology, just as the iPhone maker did towards the end of 2009 in the US when it had countersued the Finnish firm.

Now Nokia has filed claims in the UK High Court, Dusseldorf and Mannheim District Courts in Germany and the District Court of the Hague, Netherlands.

Nokia alleged Apple infringed its patents in numerous products sold in the countries, including the iPhone, iPad and iPod Touch.

"These actions add 13 further Nokia patents to the 24 already asserted against Apple in the US International Trade Commission and the Delaware and Wisconsin Federal courts," said Paul Melin, vice president of intellectual property at Nokia.

"The Nokia inventions protected by these patents include several which enable compelling user experiences. For example, using a wiping gesture on a touch screen to navigate content, or enabling access to constantly changing services with an on-device app store, both filed more than ten years before the launch of the iPhone."

At the time of publication, Apple had not offered a response to the Nokia filings.

The legal battle between Nokia and Apple is one of many patent arguments going on in the tech world.

Apple has been involved in a number of disputes this year against fellow phone manufacturers, including Motorola and HTC.