Does familiarity really breed contempt? Chris Finnamore finds out after having spent some quality time with the HTC HD7 Windows Phone 7 smartphone. 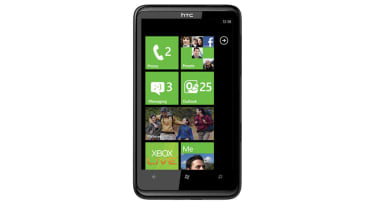 HTC's tagline for the HD7 is "Monster Entertainment", and the website is full of references to its "cinematic experience" and HD video capability. It's true that the huge screen is great for video, but there's far more to the HD7 than display size. While it has the same 4.3in screen and 1GHz processor as 2009's HD2, the new handset junks Windows Mobile 6.5 in favour of Windows Phone 7.

At 122x68x11mm and 162 grams, the HD7 is wider, slightly fatter and 25g heavier than an iPhone 4, but we didn't notice much difference carrying it around. We're slightly worried about the recessed power button; it's hard to press, and at one point stuck entirely, causing the phone to go into a reboot loop.

Dodgy switchgear aside, first impressions were overwhelmingly positive. The word that comes to mind when you start using the HD7 is "slick". Windows Phone 7 is a fantastic-looking operating system, and the clean design and smooth animations look great on the 480 x 800-pixel screen. Its pixel density isn't as high as the iPhone 4's 640 x 960-pixel display (and you can see the pixels) but the operating system's mixture of sharp edges and anti-aliased fonts means this is hardly a problem.

The interface is simple and fast. The main 'Start' screen has what Microsoft calls 'Live Tiles'. These can be simple program launchers, but some are active, showing you additional info such as unread messages, pictures and calendar events. You can pin additional program tiles to this menu, but as there's only room for eight or so this can become unwieldy if you choose too many. Swiping right shows you the main application menu, which is shown as a more manageable list list of smaller icons. It's far simpler than previous Windows Mobile generations' labyrinth of menus, but you can't organise apps into categories so you may end up with a very long list.