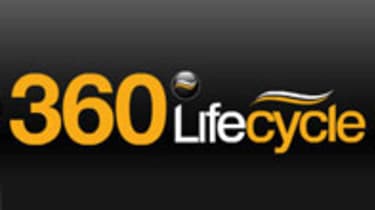 Using Windows Azure might not have been the only solution for 360 Lifecycle, but it's certainly the best. The reasons why come down to five key benefits:

Costs - With Azure's advanced, highly scalable architecture, you only pay for the databases that you actually use, and not the infrastructure that supports them. "Compare that with a traditional hosting company, where you've got to build your own SQL environments and pay for the SQL licensing costs" says Scarfe. "If you want to build it in a highly available and fault tolerant environment, the costs go through the roof." Using Azure means 360 Lifecycle only pays for capacity when it has customers who need it. There's no forecasting and no risk, and the company's customers can use 360 Lifecycle without investing in infrastructure and support.

No infrastructure burden - Microsoft supports and maintains the Windows Azure data-centres, guaranteeing 99% uptime and availability. Even though 360 Lifecycle was not responsible for the majority of its customers' servers, problems there would often end up in support calls to the company. "Infrastructure is the bane of any software company's life."explains Dot Net's Dan Scarfe. "90% of the problems you have, have nothing to do with software. It's the operating systems breaking, the firewalls going down and all this nonsense plumbing that distracts from where we really add value - at the application layer."

With Azure, this is no longer the case."All of those issues just go away" adds David Steele, "Because there's nothing to manage." As a result, 360 Lifecycle can concentrate on what it does best software and leave the rest in Microsoft's safe hands.

Easy to provision new customers - Windows Azure and SQL Azure make it easy to add new customers, virtually on demand. 360 Lifecycle's clients don't need to invest in new servers or network infrastructure, and 360 Lifecycle doesn't need to waste time load-balancing and testing hosted databases. "With Azure, it's done" says Steele "I press a button, I change a number in a config file, and I've got a new provision. "In fact, the company has already created provisioning tools that enable it to get a new customer up and running within minutes. "It's given us confidence to go out and talk to people" says Steele. "We can grow now, we can get as many people up there as we want."

Azure is secure - 360 Lifecycle's customers are understandably concerned about security, and Microsoft's fully-secured and protected, state-of-the-art data-centres give them just that. As Steele explains, "When you're in a sales pitch and they ask Where will my data be hosted?' you can say 'at Microsoft's data-centres' and see them physically relax. They know it's safe."

What's more, with the data hosted by Microsoft and away from Lifetime Financial Management's own servers, concerns about data leaks evaporate. "We've managed to have separate databases for each customer" notes Dan Scarfe, "which means you don't have any of the concerns about data leakage that you quite often have in multi-tenanted environments."

Uses existing skill sets - Part of the speed and ease with which 360 Lifecycle and Dot Net were able to move the software to Azure comes down to the fact that it's based on well-established Microsoft technologies. Once the teams got to grips with SQL Azure and BLOB storage, the rest was easy. "It's Windows Server, it's SQL Server, it's all the applications that developers know and love" says Scarfe, "but available at massive scale on the Internet. There's no real learning curve you have to go through. You have to grasp how it works, but it's not like you have to learn any new languages or anything you're unfamiliar with.... everything that is available on premise is available in some form in the cloud. The ramp-up and on-boarding time is very minimal."