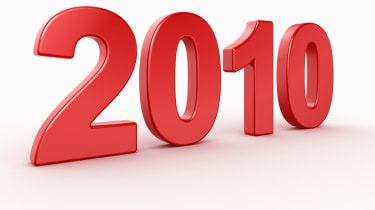 If governments needed another reason to take online crime seriously, the WikiLeaks saga gave it to them. It opened up various questions around cyber security, first of all from the actual leaks themselves.

The ease with which the whistleblower was able to get his hands on classified documents astonished many and unsurprisingly led the US Government to review its security procedures.

One of the leaks appeared to confirm what many had suspected about the hack on Google namely that it was ordered by the Chinese Politburo.

Then, of course, there were the various distributed denial of service (DDoS) attacks against not just WikiLeaks, but also those who decided to back out of anything to do with Julian Assange's organisation.

MasterCard and PayPal were two targeted by the Anonymous hacker group, which grew to become the most famous bunch of cyber activists of the year, perhaps ever.

According to the UK's national security adviser Sir Peter Ricketts, Government websites should now be prepared for attacks from such hacktivists.' Now Assange has been granted bail, it remains to be seen whether Anonymous and other hackers will go after public bodies, but the threat does not look likely to be going away anytime soon.

Google Wi-Fi and the ICO

The kerfuffle that surrounded Google's data collection over Wi-Fi networks during its Street View rounds rumbled on for a significant period of 2010.

There was plenty of confusion over what kind of admonishment the search giant was due after privacy bodies and even MPs poured scorn over Google's actions, which it claimed were accidental.

Google managed to avoid any fine in the UK, largely because our privacy watchdog, the Information Commissioner's Office (ICO), was powerless to hand out any monetary punishment. The ICO was handed new powers to fine firms up to 500,000 on 6 April, but they were not retroactive. As Google had collected most of the data before that date, it could not be fined.

The ICO came under heavy fire throughout the process and attention turned to the fact the body had not used its new powers, despite having them for around half a year.

Finally, towards the end of November, 160,000 in fines were dealt out for two separate data breaches. A 100,000 penalty was handed to Hertfordshire County Council, whilst employment services company A4e was hit with a 60,000 fine.

Many lauded information commissioner Christopher Graham for finally showing the ICO had some teeth. But given no further fines have been meted out, it remains to be seen what lengths the watchdog will go to in the future to protect our privacy.