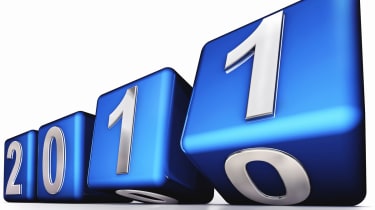 It has been a hard year for Nokia with falling sales figures and big changes to the executive line-up.

However, if this rumour proves to be true, the Finnish firm could be taking a new direction and be able to claw back some market share.

Just a matter of days ago, it was reported Nokia was in talks with Microsoft to bring its new mobile operating system, Windows Phone 7, to the company's handsets in 2011.

"Reliable inside sources" were cited and the new chief executive (CEO), Stephen Elop, is himself an ex-Microsoft employee, so the rumour is not beyond the realms of imagination.

We think this is quite a likely move for Nokia and could be a great one to boost its sales and bring the company back onto the playing field with a vengeance.

AOL and Yahoo to merge?

Neither of these two companies had a particularly successful 2010 as they continued to lose out to the new boys of Silicon Valley.

However, rumours suggest AOL and Yahoo might merge together and perhaps the philosophy of "two is better than one" could win them back some revenues and users.

All the reports so far have claimed talks had not even begun yet and the two big names were sizing each other up before a deal was put on the table.

It is a tricky one for us to predict but the coming together of these two legendary names in the internet industry could be on the horizon in 2011 and could prove to be a real game changer.

It may be the largest social network in the world and have over 500 million users, but Facebook CEO Mark Zuckerberg will not stop there.

Rumour has it the Time Magazine man of the year is looking to expand into China, even though the website is currently banned across the country.

He met with some of China's top industry executives from the likes of Baidu and Sina this week on what Zuckerberg claimed was a "holiday."

He is a clever chap and there is surely no way those meetings would have been entered into without some kind of agenda on his part. But making China allow Facebook? That is going to be a much bigger task and might take all of 2011, if not longer, to achieve.

Adobe has spent all year fighting Apple when it comes to incorporating its software onto the shiny mobile devices it offers.

So what would be more fitting than Steve Jobs' latest rival getting together with its oldest?

The CEOs of Microsoft and Adobe reportedly met together around October for a "closed-door" meeting and rumours have been flying around ever since that the Windows maker would buy up the popular software firm.

The reports have been denied and we find it unlikely that a firm the size of Adobe needs to be bought out. However, the meeting is very telling and, as with AOL and Yahoo, the team of two could prove to be a really strong contender in the fight against Apple.