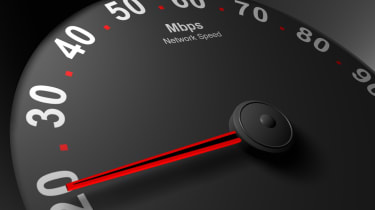 A new service from BT has received a barrage of criticism and has led to the company being accused of threatening net neutrality.

Content Connect enables the internet service provider (ISP) to charge those producing content online for higher quality access to their websites. Many believe this process could lead to a "two-tier internet" as content will be prioritised by its pricetag rather than substance.

Jim Killock, executive director of the Open Rights Group, said: "We are talking about ISPs competing with the internet for content delivery the idea is that ISPs will deliver this stuff better and more reliably than the internet."

"The result could be a fundamental shift away from buying services from the internet to bundled services from ISPs, which would reduce competition and take investment away from internet companies. That would be bad for everyone."

However, BT has claimed the service would actually improve internet delivery for everyone by freeing up an otherwise clogged network.

A statement sent to IT PRO from BT said: "BT believes that service providers should be free to strike commercial deals should content owners want a higher quality or assured service delivery."

"BT's Content Connect service will not create a two tier internet, but will simply offer service providers the option of differentiating their broadband offering through enhanced content delivery."

"Because Content Connect stores content closer to the end customers, it is likely to improve the overall broadband experience for all customers."

This argument has failed to convince the service's critics though and Labour MP Tom Watson told IT PRO he would address the issue in the House of Commons.

"This is a worrying development," he said. "Turning a broadband connection into the internet equivalent of Sky TV is not good for small businesses or consumers. I will be raising this in Parliament at the earliest opportunity."

Controversy around net neutrality kicked off again back in November when Ed Vaizey, Conservative MP and communications minister, backed the idea of charging for superior delivery of websites if content providers coughed up the fee.

His comments were seized on by a number of opponents but one of the biggest came in the form of the BBC, which said it would warn users if any ISPs downgraded the quality of access to its websites and the iPlayer.