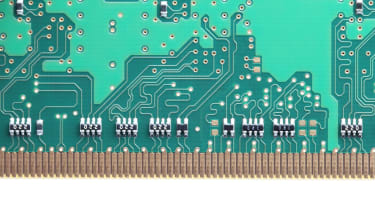 PCs are set to ship with more memory than ever this year as the price of DRAM continued to fall throughout 2010.

A new study from iSuppli showed the average price for a 2GB DDR3 DRAM module stood at just $21 in December lower than it had been for the entire of 2010. This translated to a price drop of over 50 per cent in just six months.

Prices also fell for the older, less powerful DDR2 modules, but these remained at a higher cost of $21.50 and only dropped by 45 per cent over the previous six months.

The drop in prices will lead to PC manufacturers being able to load their machines with more memory, without increasing production costs. This, in turn, will mean businesses and consumers can get their hands on more powerful PCs without extra outlay.

As a result, iSuppli has predicted the amount of DRAM within PCs will rise by over 33 per cent throughout 2011.

However, it is not just desktops that will see the benefits of this plunge in price.

Clive Longbottom, co-founder and service director of analyst firm Quocirca, told IT PRO: "It is far more important down in the data centre, as with more consolidation taking place with server-based computing and so on, extra performance will always help."

He claimed that whilst SSD for hardware was a bit more expensive, performance helped it win out over DRAM.

"[But] a tiered approach will be required and I see falling DRAM prices providing capabilities for in-memory workloads extending beyond databases to include client images, application images and so on," he added.