The company claims corporate interest is rife when it comes to its new tablet device. 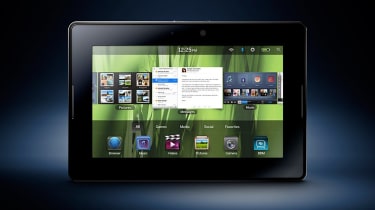 Corporate interest in Research in Motion's (RIM) new tablet was "massive," the company said, as it announced plans to launch a 4G version of the device this summer.

RIM yesterday provided a hands-on demonstration of the PlayBook, a seven-inch touchscreen tablet, for the first time at the Consumer Electronics Show (CES) in Las Vegas. The device is likely in March and is set to challenge Apple's Wi-Fi only iPad when it launches.

"In large companies, they're talking deployment in the tens of thousands, right off the bat," said Jeff McDowell, senior vice president of enterprise and platform marketing for RIM.

He said corporations were viewing the PlayBook as a tool as essential to employees as a phone or a PC. "It's not something that they want to trickle in."

RIM's tablet is perhaps the most anticipated iPad rival in a sea of new competitors bent on challenging Apple and stealing a piece of a fast-growing market, which is expected to top 50 million units next year.

McDowell said RIM decided to go with Sprint in the US for its first high-speed wireless compatible tablet because it has most "ubiquitous 4G network at this point."

However, with 4G yet to come into play in the UK, customers on our shores will have to wait to see the benefits of the second generation device.

The PlayBook which sports a fast dual-core processor performed smoothly as it went through its paces, loading websites and applications quickly and playing Flash-based videos on the internet with ease.

The PlayBook weighs just 400g and is less than 10mm thick, with a thin rubber coating.

Its software allows for multi-tasking and features a rotating "carousel" that shows all the programs the device is running. A simple finger swipe up brings up the home screen, while a swipe out closes programs.

There has been plenty of debate in recent weeks about the PlayBook's battery life, a key point of competition in the tablet market. The 10-inch iPad boasts more than 10 hours.

McDowell said the PlayBook's battery would last as long or longer than other 7-inch tablets, although he declined to be more specific.

He said concerns about Flash programs draining battery life were "absurd generalisations." Apple has derided Flash as a battery hogging technology, and the iPad does not support the widely-used multimedia software.

RIM is betting that its reputation for security and reliability will make the PlayBook a favourite in corporate IT departments.

But Apple chief executive (CEO) Steve Jobs has singled out the PlayBook for criticism, saying seven-inch tablets would be "dead on arrival" when they hit the market.

McDowell said the PlayBook would launch with a library featuring "thousands" of apps available for download. When asked, he said RIM was looking at different screen sizes for the PlayBook, but declined to comment further.

The company has previously said it would sell the PlayBook for "under $500 ()" but has not yet provided a specific price tag. The iPad starts at $499.

Analysts, on average, forecasted RIM would sell fewer than four million PlayBooks in the 12 months after its launch.

Apple has sold more than seven million iPads since launching the device in April and analysts predicted the company sold as many as six million in the December quarter.

RIM has plenty riding on the PlayBook. Once a darling of Wall Street, the company is having a hard time convincing investors it is well-positioned to combat Apple and Google in the booming market for smartphones and tablets.