How will the VAT rise hit business and technology?

The media has been awash with the pros and cons of the rise of VAT to 20 per cent. We take a look at how it could affect your business and the technology sector overall. 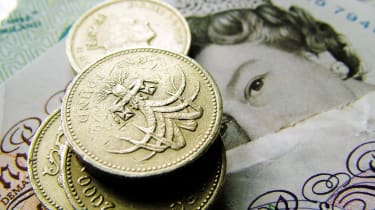 This week, we didn't just all see in the New Year and make the dreaded trudge back to the office. We also witnessed the introduction of a 2.5 per cent rise in VAT, bringing the total figure up to 20 per cent.

It is hard to believe that just over two years ago, on 1 December 2008, the Labour Government reduced VAT to 15 per cent albeit only for a year. However the start of the new decade has seen the new Coalition deem it necessary to go beyond the standard 17.5 per cent and raise it by a few points.

Initially, Prime Minister David Cameron then just leader of the opposition claimed he had "absolutely no plans to raise VAT" during an interview with Jeremy Paxman in the month before the election.

However, the Conservative-led Coalition has now defended the rise, with the Chancellor of the Exchequer, George Osborne, telling Radio 4's Today programme: "I think it is a reasonable rate to set, given the very difficult situation we find ourselves in. The VAT rise is a tough but necessary step towards Britain's economic recovery."

Arguments about whether the move is a good or bad thing for the British economy are raging on, but how will it affect businesses and will the technology sector see any individual positives or negatives?

SMBs out of pocket?

A rise of 2.50 for every 100 pound spent may not sound like an awful lot, but for smaller businesses this could have a real effect. Companies with turnovers less than 70,000 will not be able to reclaim their VAT so their costs could be hit hard.

However, when the sums are done, Clive Longbottom, co-founder and service director of analyst firm Quocirca, said the effect on buying in IT infrastructure will be minimal.